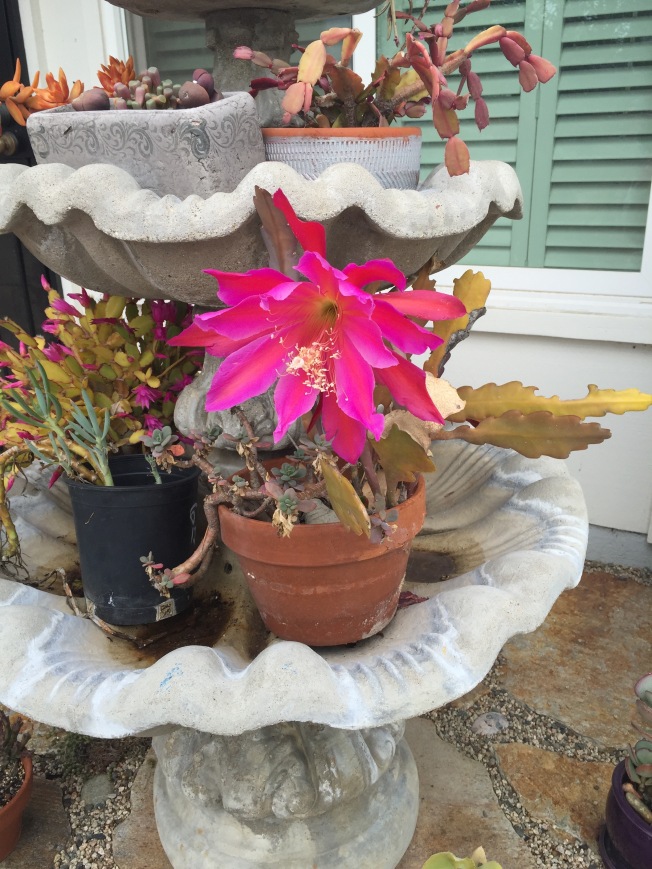 Last year about this time, a man around the corner was flipping a home, and was getting rid of plants, pots, shells and just about everything that wasn’t nailed down.  As I was walking Daisy, our dog, we stopped to talk to him, and he offered me the fountain in the front “jungle.”  The yard was a mess, and I certainly understood why he was cleaning everything up inside and out!  I didn’t dare look in the back yard, because I see possibilities in just about everything, and it’s a fine line to keep our own home uncluttered.  I graciously accepted the fountain when he told me it had to be out of there by Sunday….this was Saturday.

I called my entire family when I returned home, and rallied both my sons, and one six-year-old grandson who supervised.  Although as I looked back he did save a large sea shell to take home from demolition.

Early the next day everyone showed up about eight thirty to move the fountain.  I was thrilled because I had been looking for one at a reasonable price,  and they aren’t reasonable!  It was stained, and chipped in a few places, but nothing that would compromise the integrity of the fountain…..and besides the plants will cover all that up when they  grow down.  Earlier this year a friend of my husband, and the man who helped level the fountain when we installed  it, and was nice enough to drill some drain holes into the three tiers for drainage. 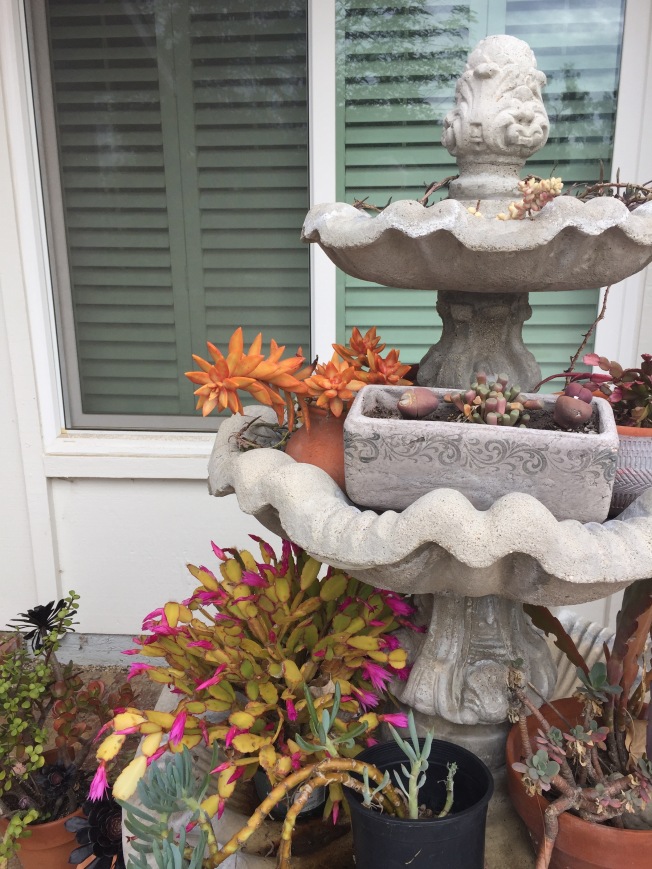 Before the storms started, I placed some of the pots in places where I thought I wanted the plants to go and planned on planting when I recovered enough from my surgery to plant.    As the picture shows, I still haven’t planted the fountain as yet, but I’m thinking about it.   It is very close now as I have started many succulents that I wanted to fill in with.  Even the front slope is looking better, and will soon fill in…  Not everything is in it’s designated place however it gives me an idea about how I need to place them.  Some of these plants won’t even make it into the finals, but everything will have a home here, some will have their own little place in its own little pot.   We love them all! 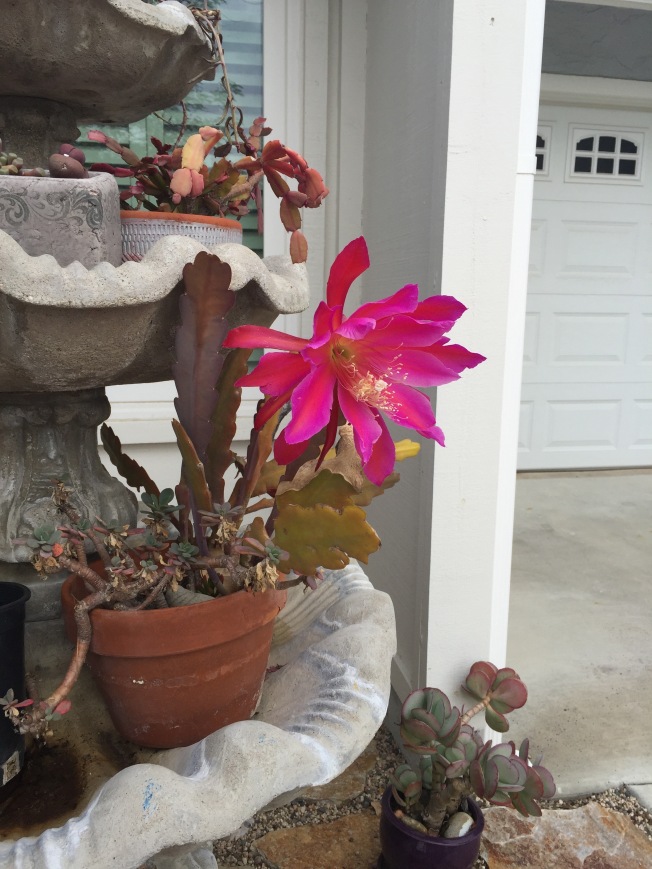 I would call this “Mixed Media,” what about you?