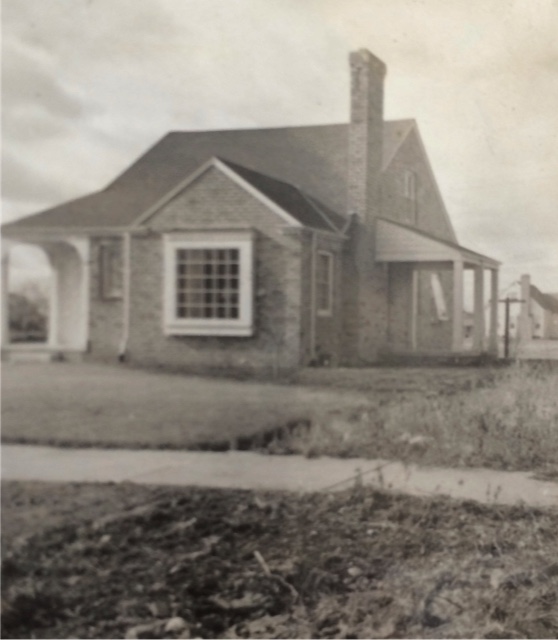 Wow a bouncing baby girl! Of course, I really wasn’t bouncing at the time, that came later, but a baby girl, I definitely was! Mother told me that we were in the hospital for two weeks.

Can you believe that, two weeks! Today, if you get to stay over night, you’re lucky. Being a nurse myself, I’ve seen new mothers kicked out of the hospital when they were too young to even have a child, didn’t know how to care for it, and needed some extra time with the nurses to help them get comfortable with the care and feeding of an infant.

But not us, we got an entire two weeks. Little did Mother know that would be the last time she ever had a spa day!  Especially since as the years went by, I was lucky enough to have three more siblings to share Mother, and Dad’s time with!

My parents built a home in Royal Oaks, in Huntington Woods, the suburbs of Detroit. I recall my Mother telling me it was just off of Woodward Rd, or maybe it was Two Mile Road. Either way I’m sure it doesn’t look, feel, or smell the same today. That was more than a half century ago, as I recall (and I’m told), things have changed in the little neighborhood in the suburbs of Detroit, and probably not for the better either!

We had a sweet little home, I remember it well. Ok, I remember the outside really well because I still have a picture. Lately I’ve been going through all the old pictures with nothing on the back to tell me who, what, or where they were taken. I wish my Mother would have written all those facts down, it would have been so much easier,   on me! I have all these pictures of ancient relatives who don’t have any names on the back of their photos, and wouldn’t it have been nice to know who they were?

For a while I actually belonged to a Genealogy Club, trying to learn how to research, and find my (dead relatives) heritage. That’s a lot more difficult than one might think. My heritage is English, Irish, and Scotch, two-thirds of them came to Canada on a boat.  It could have even been a rowboat, or a blow up boat for all I know. The records are difficult to find, even with help! Eventually, it took up so much time researching dead relatives, that I had to decide if I wanted to sit in front of a computer getting a bubble-butt, or did I want to paint. I decided to paint instead, and leave the research to a time when I couldn’t paint, or see to paint. The irony is, if I can’t see to paint, I can’t see to research!   And, I think I still have a bubble-butt….. from blogging! I’ll tell you though, it certainly is fun when you can find a lost, and forgotten relative that you knew was there, but had never been able to locate before!

That happened when I found my great-uncles in Nova-Scocia. I knew they had been there on the family farm, I knew they were siblings of my grandmother. I had visited the farm with my parents when I was a baby, and I had also visited with my Dad in the summer when we were in Michigan with family. Upon finding my uncles, you would have thought Readers Digest had knocked on my front door with a check (hopefully for me) for $10,000,000. Can you imagine?

Ok, Ok enough of the genealogy stuff!  And dreaming!

Later I’ll tell you a little more. Stick with me, the best is yet to come…..