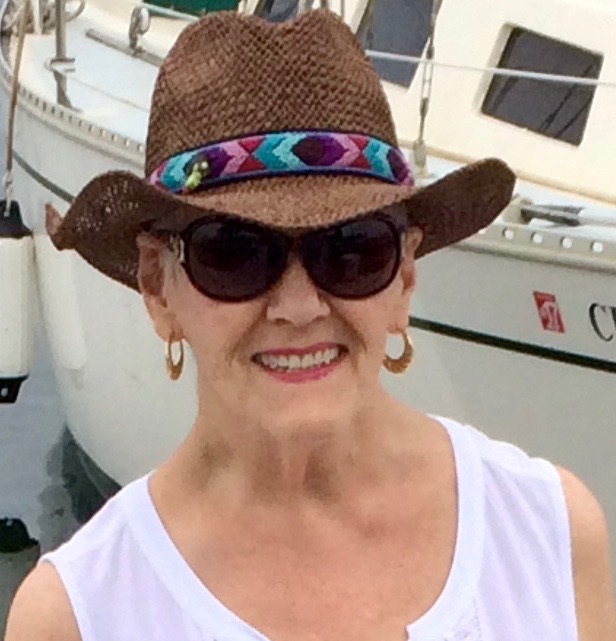 At the end of last week, my husband Les, and I decided to take Daisy, our dog on a walk at the marina.  We hadn’t been down there in months, and I thought we would get a little clean, fresh, cool air.   What a surprise we had!

Daisy loved the cool, fresh air, and the not yet sunny atmosphere.  She had a smile on her face the entire time we were down there.

As we were admiring the yachts, loving the cool fresh air, and the lack of vacationers. a man with three boys rushed past us.  On the way by, he turned and asked if we wanted to see something really amazing.   Something we will probably not get to see again anytime soon!   I became as excited as he and his boys were, and we quickly followed behind them.

I could tell by the excitement in the air that it was going to be good, and it was as good as promised. 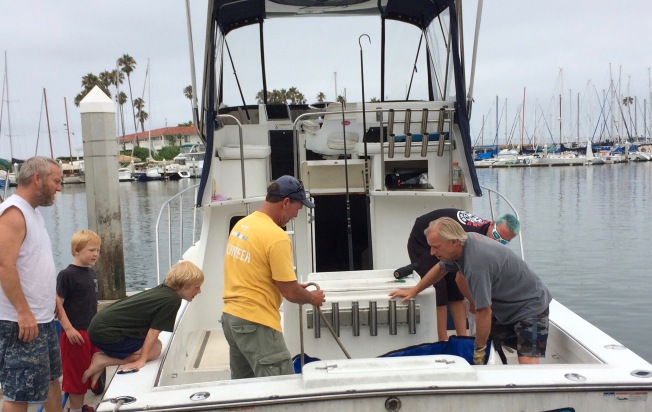 The men on a fishing boat unzipped a large blue bag….  It seemed to be filled with ice, and…… they started pulling out a huge fish.  I was told it was a “Blue Fin Tuna.”  It took three or four of the fishermen to actually lift it up, and I was happy to see they had a large rope on the tail, as my fear was the fish would slip from their grip, and slide right back into the ocean.  Thankfully it didn’t happen.  They struggled for several minutes getting it out of the bag and onto the dolly on the dock.

Everyone was watching, whispering, and congratulating the fishermen as they wheeled it onto the gangplank, and up to the scales 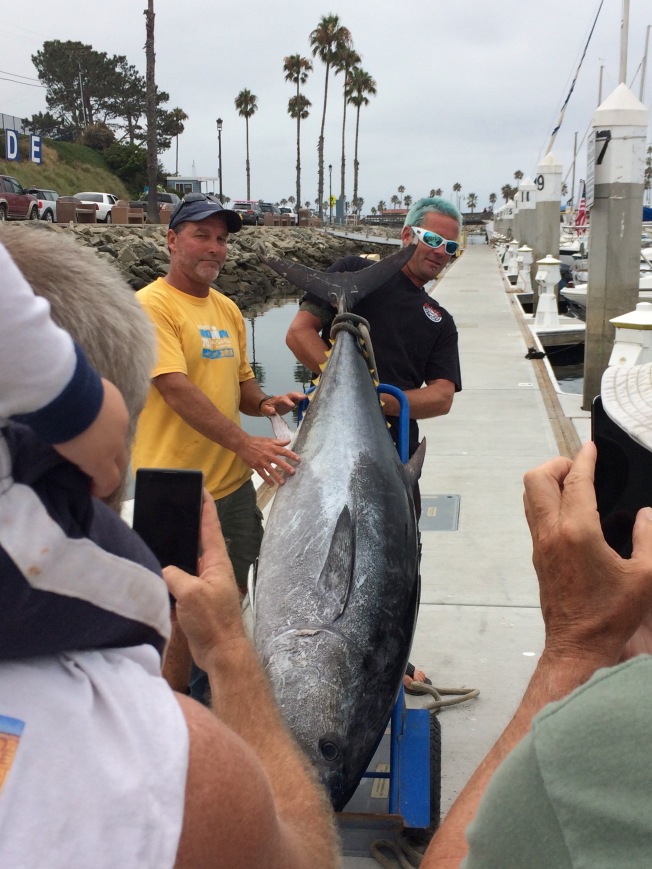 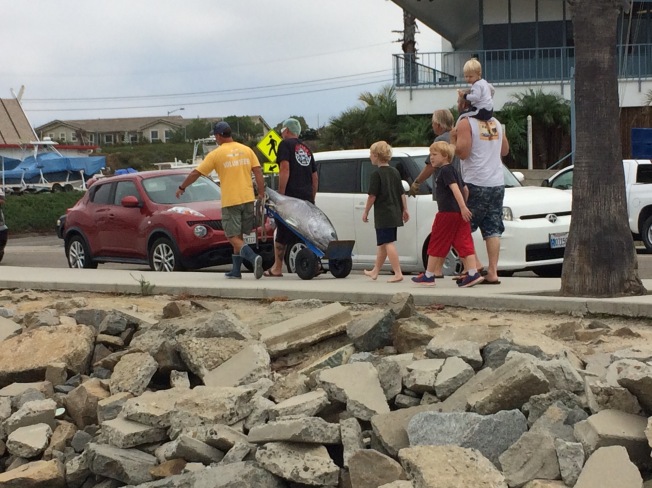 Off they went to the scales…..everyone following, anxious to see the big fish being weighed. 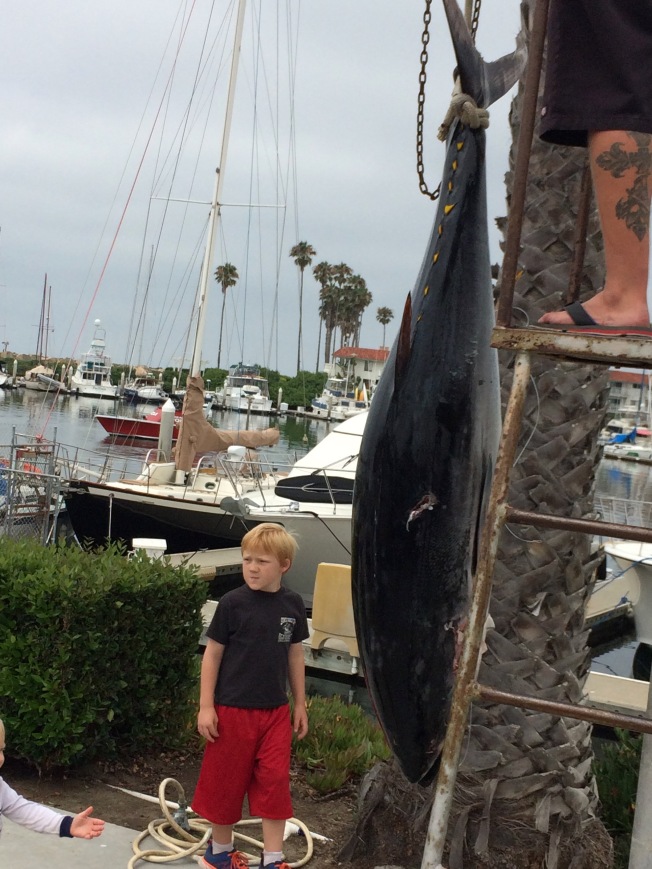 They placed the scales on the hoist, and started cranking the fish up high enough to be weighed.  Finally it was weighed at 206 lbs.  Maybe not a record, but the biggest fish I ever saw.  1 1/2 hours to reel it in, and that was in rough waters.  The fishermen stood next to the fish for their pictures proud and puffed out, and the excitement continued long after we left.

We had a fantastic morning, a long walk, and memories we never would have had if a perfect stranger hadn’t been so excited he wanted to share the experience with us.

On the way back to our car, all three of us stopped to great others on their walk,, Daisy being the greatest greeter ever!

Thanks for stopping by, I hope you enjoyed  Stone Soup.  See you next time.